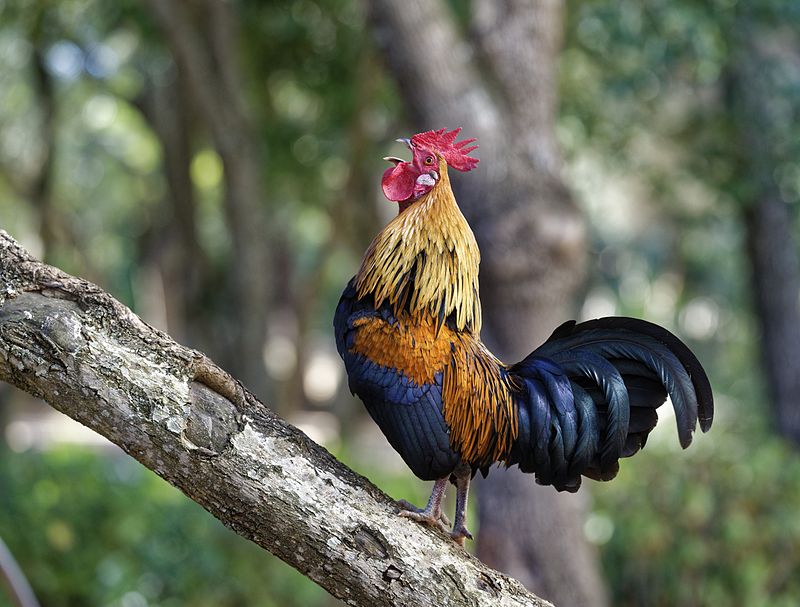 2.    Most people just want to get on with it so they can sort out the family finances. The quickest options are adultery, and “unreasonable behaviour”, but of course they both involve blame. In the case of adultery it’s not necessary to name the other man or woman but to give dates and locations, if known.

3.    In the case of unreasonable behaviour you must prove “the respondent has behaved in such a way that the petitioner cannot reasonably be expected to live with the respondent”. Typically there are five or six short paragraphs, mentioning for example attitudes to money, alcohol, sex or communication, or emotional deprivation or anger issues.

4.    When preparing a petition, a good family solicitor will follow the Law Society’s Family Protocol and “include brief details … sufficient to satisfy the court”, and send a draft to the other party “with a view to coming to an agreement”.

5.    In the recent case of Owens v Owens [2017], Mrs Owens’ petition relied on Mr Owens’ unreasonable behaviour. He had apparently prioritised work over home life, was unloving and unsupportive, moody and disparaging, and the couple had led separate lives for many years.

6.    Mrs Owens’ petition could easily have achieved the end result of obtaining a divorce, but Mr Owens took the unusual step of defending. The Central Family Court dismissed the petition saying the unreasonable behaviour involved “minor altercations of a kind to be expected in a marriage”. Mrs Owens appealed. Sir James Munby in the Court of Appeal applied the law as it stands and approved the Central Family Court’s finding.

Time For A Change In The Law?

7.    In the Owens case Sir James Munby said “the challenge for the divorce lawyer is … to draft an anodyne petition” which navigates between rejection by the Court on the one hand, and non-cooperation by the respondent on the other. Many couples “colluded” in the allegations set out in the petition. He concluded the law was based on “hypocrisy and lack of intellectual honesty”, and indicated it was time for a change in the law to no fault divorce. In the meantime, Mrs Owens’ only option is to wait for five years from the date of separation.

8.    It is possible to avoid blame. But this involves living separately for two years and the other spouse consenting to the divorce. It’s amicable but it’s not exactly getting on with your life. Unless you are one of a tiny minority who can rely on desertion (it’s hard to prove), the only other option is to separate and wait for five years.

9.    Surely it would be better if couples could divorce without mud-slinging or delay? Yes, but that’s not possible without a change to our out-dated law. The family law organisation, Resolution, campaigns for no fault divorce, but at the moment it seems only a distant possibility.

What Are The Arguments Against No Fault Divorce?

10. Some people value the idea of punishment in fault based divorce. But what a hollow victory where blame simply creates antagonism. And the “punishment” is of the most obscure variety because the divorce petition is only seen by the couple, their solicitors, and the Court. Relying on fault makes absolutely no difference to outcome save for hurt feelings.

11. The Government tried to introduce no fault divorce in 1996 but got into a muddle with the arrangements and backed away for fear of undermining marriage. This is despite being committed to reducing conflict over children and matrimonial finances by promoting mediation rather than court proceedings.

12. Scotland has had no fault divorce since 2006. Surely it’s time for us to follow their lead. Sticking to our current divorce laws is likely to cause increasing misery to separating couples, and damage to children and society as a whole.

Read the article
Posted on August 9 2017 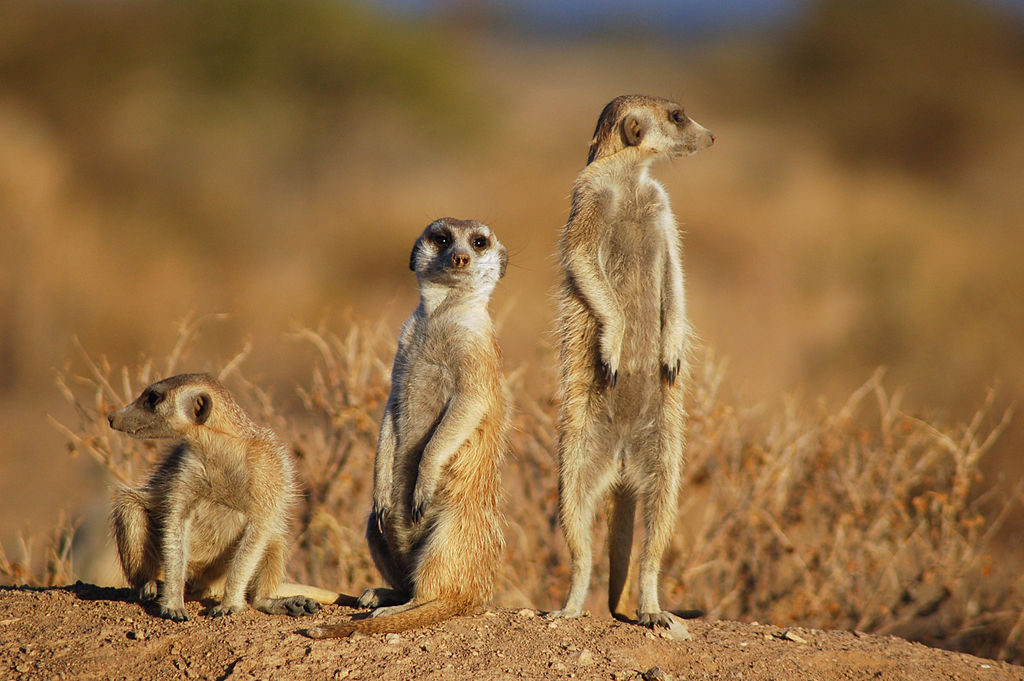 1. It’s the summer holidays and either you or the children’s other parent are planning to take them home to visit their grandparents. But if home is abroad, there could be more to worry about than just queues at the airport. Is there a risk of child abduction?

3.   Perhaps you want to stay but the other parent doesn’t? The risk is the children will be taken abroad without proper consent, or won’t be returned from their summer holidays.

4.   If one of you wants to take the children abroad – even for just a holiday – this must either be with consent of the other parent or a court order. Otherwise it will be a case of child abduction, an imprisonable offence. This also applies if there is a child arrangement order and they are taken abroad without consent for more than twenty eight days.

5.   If parents cannot agree about taking the children on holiday abroad, or where the children are to live, it is vital to take advice from a solicitor experienced in international family law. Perhaps you will be able to reach an agreement with the help of mediation or collaborative law.

6.   If all else fails you will have to make an application to the court. The court’s top consideration will be the welfare of the children.

What Happens In The Case of Child Abduction?

7.   What happens if the children are either abducted to, or retained after a holiday in, another EU country? All EU member states are signed up to the Hague Convention. An application can be made for a court order they be returned.

9.   The Government must incorporate these EU rules (and others which tighten up the Hague Convention), and make fresh agreements with the other twenty seven EU countries in order to make the rules reciprocal. Otherwise the effectiveness of our laws against child abduction will be undermined. To put it simply, children might not be returned.

10. After we leave the EU it will still be possible to pursue child abduction cases under the Hague Convention but unless the Government acts before we leave, life for international families in this country is set to become increasingly difficult and uncertain.

image by Sara&Joachim&Mebe on Wikimedia

Read the article
Posted on August 1 2017 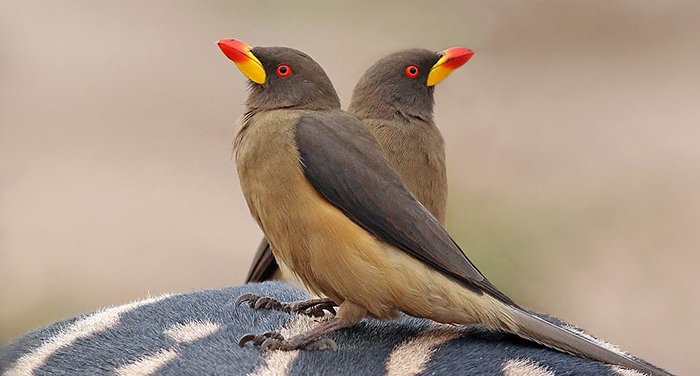 In this post we look at divorce after a short marriage and all its implications. Common questions we receive on this subject that we will seek to address are;

You will gain a good understanding of the issues, implications and financial considerations. Visit our services page on short marriage divorce to obtain further professional and always discreet legal advice.

1.    A short marriage is one which lasts for less than five or six years. Why is this important? Because when considering the divorce settlement the length of the marriage is vital.

2.    But did you know you have to stay married for one year before you can start your divorce? Unless you were married bigamously or the marriage has not been consummated, in which case it may be void or voidable. The only other option is to apply for a Judicial Separation. You remain married but able to apply to the Court for the finances to be sorted out.

Short Marriage And Finances On Divorce

3.   The initial approach is identical in all cases, irrespective of the length of the marriage: full and frank financial disclosure is backed up by documentary evidence.

4.    The starting point for division of the matrimonial finances is equal division. But there’s a checklist laid down by Parliament to ensure fairness, and it includes the important question of length of marriage. It also mentions

Short Marriage Preceded By Cohabitation? What Happens On Divorce?

5.    Periods of cohabitation are added to length of marriage where the relationship moves seamlessly from one to another. But what about time since separation? This is not counted towards duration of the marriage.

6.    Until recently in the case of a short marriage if one of the couple brought more assets into the marriage, the other would only get a fraction of them. But they would share equally in assets built up during the marriage. A recent case changes this approach.

7.    In Sharp v Sharp [2017] the couple were married for about six years including eighteen months of cohabitation. Mrs Sharp received work bonuses totalling more than £10m. The Court of Appeal decided Mr Sharp would not receive fifty percent of the assets built up over the course of the marriage. The Court said this was because the couple had no children, both worked, and always kept their finances separate.

8.    Couples in short marriages may no longer be entitled in equal shares to the assets generated during the marriage. But, of course, each case depends on its individual circumstances.

How To Protect Your Assets On Divorce

9. You may have special concerns, for example a valuable inheritance, or business. See my recent blogs on these issues.

What’s The Answer? A Prenuptial or Postnuptial Agreement

How can you achieve this? Negotiation, mediation or collaborative law all have proven track records.

Contact  Joanne Houston on 01962 217640 for free advice about short marriages. In this 20 minute session we will review your situation and how you can achieve your objectives.

JUST FAMILY LAW are specialist divorce and family law solicitors offering personalised legal solutions. We offer collaborative law which is especially relevant in providing solutions tailored to your family’s needs. This includes same sex couples and their families. Visit our website just-family-law.com The topics covered in this blog post are complex and are provided for general guidance only. Therefore if any of the circumstances mentioned in this blog have application to you, seek expert legal advice.